Writing the stuff down that's not allowed on the AWARE terminal.

The Source Of Thames

According to the Ordnance Survey, this is where the Thames first rises 130 straight-line kilometres west of London. Just to the north is the site either of an Iron Age hill fort or a Roman encampment, the exact nature of which is awaiting an episode of Time Team. Apparently there is a soggy field, a stone to mark the spot and a chance, after a particularly wet winter, that you might see some water. You approach down a minor road that turns to gravel once you’re past the private houses it was built to serve. The line of the river is marked by a dense stand of trees, and the source of the Thames is beyond that.
No comments: 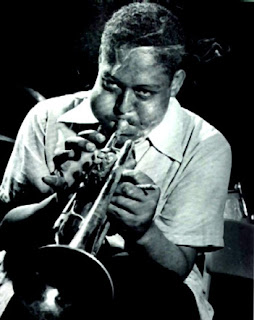 This is one of my dad’s favourite trumpet players and had the kind of bright sad life that jazz historians get all teary eyed about. It’s the kind of life my dad might have had if my mum hadn’t come along and taken care of him.

Born in 1923 in Key West, Florida Fats muscled into the New York jazz scene in the late 1940s playing with greats like Charlie Parker, Coleman Hawkins and Benny Goodman. My dad says that he might have been the greatest horn player ever if he hadn’t got hooked on smack, contracted TB and died in 1950 aged just 26.

Sometime I wonder if there isn’t something about really great jazz musicians that attracts this kind of self destructive behaviour but my dad says that anyone can be stupid it’s just that when they’ve got a talent you miss them when their gone.
No comments: 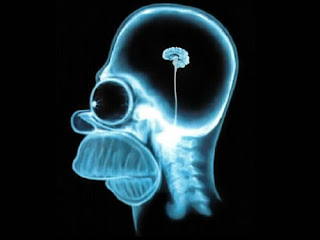 The incomparable constable Perky accused me of using the other 90% of my brain to do the things I’m not really supposed to talk about on a public forum. I asked her what she was talking about and she said it was a well known fact that we only 10% of our brain.
This, I suspect, is news to our brains or at least those of us who use to actually use them to think stuff. In the first instance it’s bollocks because keen people like Dr Walid have been attaching electrodes to people’s heads for years now and have found that we, surprise surprise, use all of our brain. In the second instance it wouldn’t make sense biologically since having a brain uses up some ridiculous percentage of our total energy budget and evolution doesn’t hand out free lunches to unnecessary organs – if you’re going to stay – says the organism – you’re going to work. So I don’t know about you personally but I’m using 100% of my brain all the time.
No comments:

In case you were wondering why I call it this...

University College Hospital takes up two whole blocks between Tottenham Court Road and Gower Street. Founded in the nineteenth century, its main claim to fame was as the teaching hospital for the University College of London and the birthplace of one Peter Grant, apprentice wizard. Since that momentous day in the mid-1980s, half the site had been redeveloped into a gleaming blue and white tower that looked as if a bit of Brasilia had crash-landed in the middle of Victorian London. 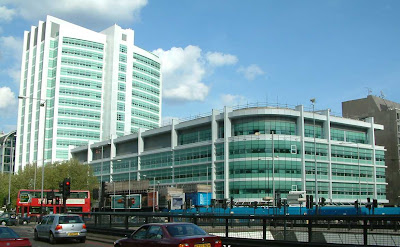 In 1848 it was the venue for the first ever operation conducted under a general anaesthetic and is currently a world centre for cryptopathology although only about three people actually know that. The eccentric Edwardian folly, known as the Cruciform Building, was built in 1906 but has recently been sold to the biology faculty of the University College London so that their students can do their strange and terrifying experiments in a suitably gothic environment.
No comments:

And now for something mellow...

In 1861 William Booth resigned from the Methodists in Liverpool and headed for London where, in the grand tradition of metropolitan reinvention, he founded his own church and took Christ, bread and social work to the heathen natives of east London. In 1878 he declared that he was tired of being called a volunteer and that he was a regular in the army of Christ or nothing at all; thus the Salvation Army was born. 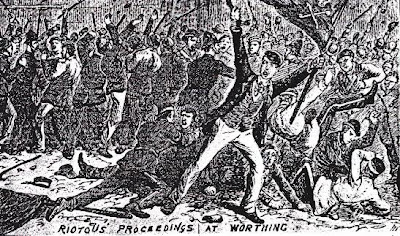 But no army, however pure its motives, occupies a foreign country without resistance, and this was provided by the Skeleton Army. Driven by gin, bone-headedness and growling resentment that being the Victorian working class was bad enough without having to be preached at by a bunch of self-righteous northerners, the Skeleton Army broke up Salvation Army meetings, disrupted marches and attacked its officer corps.

The emblem of the Skeleton Army was a white skeleton against a black background – a badge worn by right-thinking ne’er-do-wells from Worthing to Bethnal Green.
No comments:

Email ThisBlogThis!Share to TwitterShare to FacebookShare to Pinterest
Labels: history


I wet myself.
No comments: 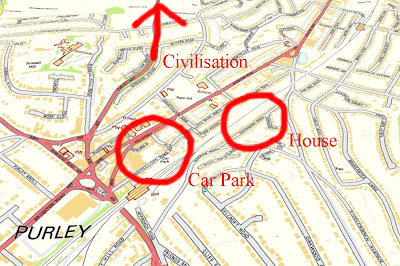 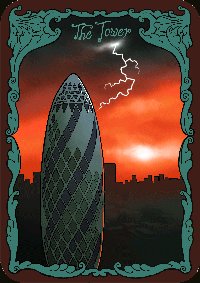 Peter Grant is a Fictional Character